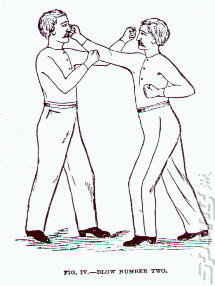 Aaron Greenberg (group product manager for Xbox and Xbox Live), bless him, is always up for a scrap. He has responded to the assertion made by Sony Computer Entertainment CEO, Kaz Hirai, that the Xbox 360 lacks longevity and that Sony will come out on top this generation.

"This sounds like an old hardware company that?s comfortable with its market position", said Aaron.

"That complacent attitude is out of touch with where the industry and consumer is today. This generation won?t be won over just hardware specs, but who can out-innovate when it comes to online and software."

Hmmm... the "out-innovate" part of that statement certainly seems to be borne out by the Wii's success. It's arguably innovation in hardware concept and marketing that's put the Wii so far in front, however. Anyway, back to Mr Greenberg.

"This is the kind of stuff that?s in our DNA, and frankly moves the console war onto our home court", he continued. Could it be time for some perspective? Qualifying a competition for second place in a consumer goods market as a 'war' could be pushing it just a little bit. Anyway, back to Mr Greenberg once more.

"I?m confident we will outsell the PS3 throughout the entire generation by providing more innovation and building the best and broadest games library while growing our entertainment experiences on the leading online network. With a U.S. install base lead now of more than 7 million units (according to NPD), I can?t imagine any scenario where the PS3 can catch up with us."

Greenberg then hit out with an intriguing statistic - "In fact, even if you doubled the current PS3 sales and Xbox 360 remained flat, they couldn?t close the gap until 2014."

Since Greenberg is responding to Sony in this statement, he can't be too heavily faulted for not mentioning the Wii but... he didn't mention the Wii. NPD figures show that 17.6 million Wiis had been sold in the US as of the end of December. That compares to 13.89 million Xbox 360s and 6.94 million PS3s. In fact, looking at US figures, the Wii looks set to beat the PS2 in lifetime sales and become the best-selling console ever.

OptimusP 21 Jan 2009 11:22
1/3
Yeah, it kinda feels like the Suez-incident in the '50's. France and Britain trying to prove they are still world-players but getting whistled back by the US and its heaps of money and gold.

I think the Microsoft propaganda machine went a little haywire this time. Greenberg has somehow calculated , in that little wanna-be Harvard business school mind of his, that Sony PS3 will only sell another 7 million units through 2014.

Since PS3 is only 7 million units behind XBox360, this is a little hard to believe.