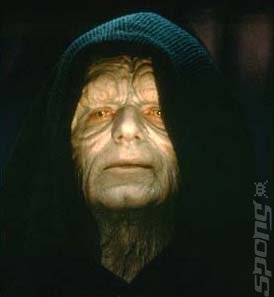 Speaking to SPOnG, an ex-employee of Free Radical has confirmed that the leaked Star Wars: Battlefront III footage is genuine, but that crucial technology developed for the game is unlikely to make it into the final code.

The former employee, who wishes to be known only as Thomas Dudenaughty, told SPOnG, "It's genuine. However, it's my understanding that the game's been passed to a new developer, but the tech that allowed you to fly from the ground, to air, to orbit, to space dies with Free Radical's involvement. The new developer will be making it a cutscene every time you want to transition from ground to space."

We were told that the game mechanic would have offered "complete freedom".

The new developer is thought to be Rebellion, which has worked on Battlefront: Renegade Squadron for the PSP.

We were also told that Brian Crecente over at Kotaku, who picked up on a hooded character looking very Sith-like saying, "Stick to the plan Kenobi" was "on the money". It looks like another attempt to turn a Jedi to the Dark Side was to feature in the game. Whether this will make it into the final game is unclear.

LUPOS 16 Jan 2009 15:26
1/10
Nice scoop on this. Shame really cause that footage almost looks like fun. As opposed to previous battlefront games which where just atrocious.

Steviepunk 17 Jan 2009 14:51
2/10
While the video looks technically brilliant, I can't help but feel that a play are that big (from ground, to orbit and onto ships) would leave the battles feeling very sparse unless there were a huge number of players on each side. Still, it's a shame we'll never get to find out.
more comments below our sponsor's message

Annoyed 21 Jan 2009 02:58
3/10
I doubt it would have been too hard for Lucas Arts to lend a helping hand to free radical at least whilst they finished off a game from THEIR OWN IP.

Grrrrr it boils my blood when I see quality disappear down the drain.

-Luke Skywalker, after finding out Darth Vader wasn't going to be in a cool game this year.

cr1ms0n 10 Jan 2010 03:49
10/10
and it was reported that the multiplayer part was pretty much done... screw the single player, just release the multiplayer
Posting of new comments is now locked for this page.