Mainstream media gets it wrong 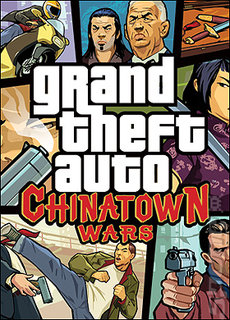 All Images (2) »
Grand Theft Auto: Chinatown Wars has earned itself the honour of being the first DS game ever to be rated 18 by the BBFC. It got the rating without any cuts having to be made.

That's in nearly four years of the DS being available in the UK. Quite a privilege! It also demonstrates just how potent the GTA franchise is seen as being; it can hit DS users who no other publisher has deemed fit to target. Quite an opportunity for the mainstream media to get its facts wrong in the scrabble to get out a sensationalist story about games, too...

The Metro tells us, "Censors havs (sic) slapped their first ever 18 certificate on a video game".

Erm... A quick search of the BBFC's website shows us that 439 games have been rated 18 by the BBFC, going back as far at 1987 for Jack the Ripper. That list includes, of course, Grand Theft Auto IV. A tiny bit of research never hurt anyone, guys.
Companies: Rockstar
Games: Grand Theft Auto: Chinatown Wars