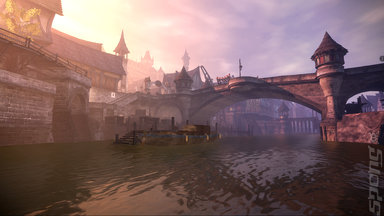 All Images (4) »
Microsoft and Lionhead have given us a cold, hard date for the release of Knothole Island, the delayed DownLoadable Content for Fable 2.

The DLC will be available next week on January 13th for a sum of 800 Microsoft Points. It was originally scheduled for a mid-December release, but was delayed due to technical problems.

Microsoft also smugly announced the release of the eighth instalment in its "Acclaimed Video Documentary Series" - the eighth Fable 2 video diary to the rest of us. Quite who "acclaimed" the "documentary series", Microsoft doesn't say. You can find it here.

Additionally, Lionhead is releasing some free new content on January 13th. It will include "Knight's Boots, Assassin's Gloves, a special Weight Loss Potion, a collectible silver book and more."

SuperSaiyan4 12 Jan 2009 16:55
1/1
Just to advise the patch has been released today however some issues have still not been fixed.
Posting of new comments is now locked for this page.