Gears 2 Flashback Map Pack for All!

Microsoft cashes in on pre-owned sales 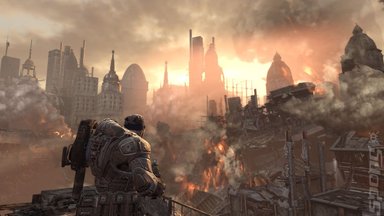 The Flashback Map Pack for Gears of War 2, which was initially only made available for buyers of brand new copies of the game, has been put onto Xbox Live for all and sundry to buy.

The pack, which carries maps from the original Gears of War, is now available for 400 Microsoft Points. It includes Canals, Gridlock, Mansion, Subway, and Tyro Station and weighs in at 116.07MB.

Initially, the pack was available for free download using a redeemable code sent out with every new copy of Gears 2, providing an incentive to not buy a pre-owned copy. It would seem, however, that Microsoft has decided that if folk are going to buy pre-owned games, it might as well make a buck or two out of them.

Yesterday, SPOnG brought you news of the next Gears 2 update heading our way. You can read more about it here.
Companies: Epic Games Microsoft Game Studios
Games: Gears of War 2

Joji 8 Jan 2009 16:19
1/1
Does this mean I'll actually get a game with strangers now? Hope they sort their dumb matchmaking as priority one though.
Posting of new comments is now locked for this page.