Tis the season to launch rumours 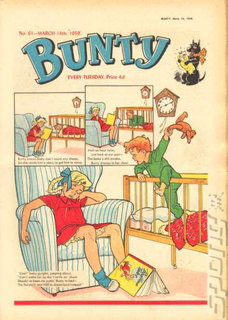 Bunty: Well, you've all seen Need for Speed, innit.
Christmas time, mistletoe and the whining of engines in Need for Speed - it's almost a tradition. What's less so are rumours that the venerable franchise may have braked its last brake. We expect this latter tradition to grow in coming days however.

This follows a story on Electricpig, which "has learned that Electronic Arts has cancelled the development of new titles in the once popular racing series. The cancellation has not yet been made official by EA."

This was then taken up by Joystiq, which "received a tip from someone a purported EA employ who wishes to remain anonymous. According to this source, the Need for Speed series isn't shutting down -- but EA Black Box, the development team behind recent entries into the series, 'most likely' is."

With NFS not grinding to a halt (quiet all those who say that having played Underground it seems very much like it has ground to a halt!) it is also posited that Criterion (of Burnout Paradise fame) will take up the development. This seems to us like making Grant Morrison write All-Star Superman and also manage Bunty.

We did something naive in the extreme and contacted Electronic Arts and asked for comment. As yet, none has been forthcoming.