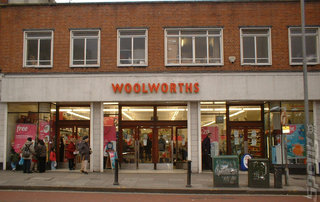 Don McCabe , joint MD of UK games retailer CHIPS, has warned that the ripples caused by Woolworths' closure could be where the real damage in the retailer's collapse is for the games industry.

?When the likes of ePlay folded it caused ripples that caused problems?, he said to industry bible, MCV. ?Take someone like Woolies out and you?re looking at a potential tidal wave. It?s now about how people deal with that tidal wave. And what about the money owed? What about some of the smaller publishers who?ve got stock in EUK, Woolworths and associated retailers? What happens to them if payments are a little bit held up, or even non-existent? Even if they end up getting the stock back, how much value will it have lost? This ripple is where the real worry is.?

Woolworths' problems, which resulted in a closing down sale that started yesterday, have already had a knock-on effect for Zavvi. The sale kicked off yesterday, but while price cuts of up to 50% were expected, discounts on games items were more modest, typically in the region 10%.

The boss of one UK publisher, who remained anonymous, doesn't expect this to last, however. ?A serious games sale will arrive at some stage. It has to. They can?t send the stock back. And others can?t compete ? you can?t compete with thievery, and that stock has effectively been stolen.

?Consumers are going to get a bargain. It?s a bonus for the consumer, but no other retailer will be able to match the discounts and a lot of other businesses are going to fold because of this. There are people who have shipped things in to EUK who are never going to get the cash.?

Ironically, The Telegraph is reporting that the closing down sale has resulted in Woolies' best day of trading ever.

Deloitte, which is acting as administrator for Woolworths, is looking at how best to recoup cash from the retailer's closure, with it looking unlikely that the chain will stay intact.

Gary Noakes, MD of Brighton-based indie chain Gameplayer, sees a positive aspect to the closure, however. ?For us in the games industry it?s good news. Woolworths did a lot of damage to the industry by breaking street dates and selling at cost, just like the supermarkets do?, he said. The fall of Woolworths also represents the demise of a competitor, obviously.

It's tempting to posit that when Noakes says ?the games industry?, what he really means is 'games retail.' Activision's UK MD, Andrew Brown, was more negative, saying, ?In addition to the likely human consequences, and the possible demise of a great British tradition, there is also the concern about possible loss of space for the games category in front on the High Street shopper and consumer.?

Joji 12 Dec 2008 14:09
1/7
I was one of those who turned up for a few cheap games only to see hardly anything reduced. Didn't bother me though, since the january sale are just over the hill.

Games retai;l will take a hit, but will recover. I heard that HMV have stepped up their games presence in stores, because there's less money to be made on cds these days. HMV want to step up their game, against Game.

Sure Woolies will be missed, but there's always room for smaller fish too, so I guess the loss of such a big chain won't effect them negatively much, if at all. We'll soon see.

(Zavvi has just gone into administration.) WRONG and redacted.

"Creditors of Zavvi have parachuted an emergency restructuring team from Ernst & Young into the struggling high street retailer, which previously traded as Virgin Megastores."

"E&Y is also standing by to step in as administrator of Zavvi if the retailer cannot repay its Ł106 million of debt to EUK..."

EDIT: Whoops! The Yahoo news page is default set to "Yahoo News Only" in the search box, bleeding idiots. Was just going to close the window when I noticed that, quick change to "All News" revealed a whole load of stories about Zavvi.

Actually, I need to edit that posting to "looks as if it could go into administration..." Comes from me commenting while eating and being on the phone... The detail comes from The Times.

The Times reports that:

"Creditors of Zavvi have parachuted an emergency restructuring team from Ernst & Young into the struggling high street retailer, which previously traded as Virgin Megastores.

Deloitte, which is the administrator of EUK, the distribution arm of Woolworths and Zavvi?s biggest creditor, has drafted E&Y into the CD and DVD retailer as the fallout from the collapse of Woolworths widens, The Times has learnt. Zavvi?s management team, which bought the 125-store business from Sir Richard Branson?s Virgin Group last year, has approved the appointment of E&Y.

However, it is understood that E&Y is also standing by to step in as administrator of Zavvi if the retailer cannot repay its Ł106 million of debt to EUK, a move that would threaten the jobs of 2,500 staff. Zavvi has been unable to stock its stores since EUK went into administration last week. The music and games distributor stopped its deliveries amid the chaos of the Woolworths collapse, although it is believed to be servicing some customers. "

EDIT: Whoops! The Yahoo news page is default set to "Yahoo News Only" in the search box, bleeding idiots. Was just going to close the window when I noticed that, quick change to "All News" revealed a whole load of stories about Zavvi.

We all cry "Whoops!" every so often. I just did. Anyway, we're looking more closely at the story before running with it outside of my Forum brain-fart.

Tim
Posting of new comments is now locked for this page.