Atari gets Cryptic about Star Trek 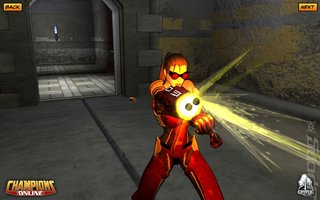 All Images (2) »
Infogrames-owned and Phil Harrison-lead, Atari has announced that it will be buying Cryptic Studios - the developers of the City of Heroes/City of Villains, Star Trek Online and Champions Online MMOS.

According the available information, "The transaction encompasses all of Cryptic?s proprietary IP, tools, technology and work-in-progress and integrates all members of the leadership team and employees into Infogrames. This acquisition is a critical step in the implementation of Infogrames strategy to become a leading online game developer and publisher."

The deal includes a $27.6 million (Ł18.5m) cash payment among a host of bonus and stock-based additionals.

Infogrames' CEO, David Gardner says of the point of the deal, "Creating vast worlds and interesting interactions can be very people intensive but with the use of Cryptic's toolset they have a proven way of cutting average production costs in half. This is exactly the type of company we wanted to acquire in order to build Atari for the 21st century."