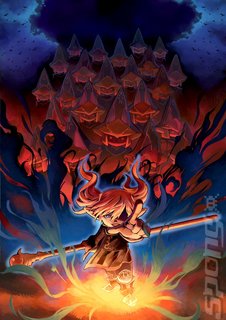 A Shantotto Ascension ? The Legend Torn, Her Empire Born, Illustration - Fumio Minagawa
All Images (3) »
Square Enix has announced that it plans to release three new expansions for Final Fantasy XI, the MMO instalment in the venerable series.

The expansions will take the form of DownLoadable Content (DLC). The first will be released in Spring 2009, with the others to follow every few months. Square tells us, "The expansions will be made available simultaneously worldwide for all Final Fantasy XI platforms." Given that one of those platforms is the PS2, SPOnG's not so sure about that... The PS2 version never saw official release in Europe, so don't worry about it too much, but we'll check in with Square and get back to you.

This comes six years after the initial Japanese release of the game. With half a million users still plugging a way at it though, why not?

The expansions are the brain child of Masato Kato, one of the key creators of the original title.

"A Crystalline Prophecy ? Ode of Life Bestowing
One day, a giant crystal appeared in the skies above Jeuno, triggering a series of unexplained happenings across the land. Now, adventurers will set forth to unravel the mysteries of this primordial crystal that holds the secret of Vana'diel's past.

"A Moogle Kupo d'Etat ? Evil in Small Doses
It all started with an innocent drop of rainwater and a rickety, ramshackle Mog House desperately in need of repairs. Little did anyone suspect that this was only the beginning of a harrowing nightmare unheard of in the annals of moogle-kind.

"A Shantotto Ascension ? The Legend Torn, Her Empire Born
The eccentric Professor Shantotto returned to Windurst one day after a mysterious, unexplained absence, shocking her colleagues with behavior so outrageous it put her old self to shame! When she goes so far as to proclaim herself ruler of her own empire, adventurers set out to discover the truth behind her alarming shift in personality."