Age of Empires Made Nearly One Billion Dollars 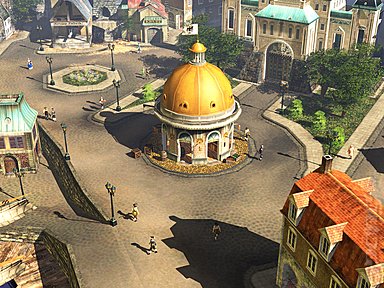 It appears that no development studio is safe from the harsh realities of publisher business plans - not even if a game series that the studio has worked on made $700,000,000 (Ł466m or €550m).

This, according to the Dave Pottinger (director of technology for soon-to-be-closed Halo Wars and Empires dev Ensemble Studios), is how much Age of Empires made.

Says Pottinger, "Yeah, I guess (we) just (did) not (do) well enough. [laughs] Yeah, I think we made, what, 700 million dollars total on the Age franchise?"

700 million dollars plus Ensemble was working on Halo Wars and it gets closed down? Surely the game must have been lagging behind and the studio not delivering? Not according to Dave, "We're down to the end. And obviously with the studio closure and stuff that changes the perception a little bit, but people are really dedicated to finishing the game."

So, it makes sense to him that Ensemble was closed? "Yeah, it honestly doesn't make a lot of sense. But that's their (Microsoft's) prerogative."

At least Ensemble hadn't been wasting its time on something like a Halo MMO though? Oh, it had, "It had actually been green-lit, and then it got cancelled after that."

Well, we hope that the Ensemble team comes up with a rip-snorter of a title soon.