Fussy licensing gets in the way 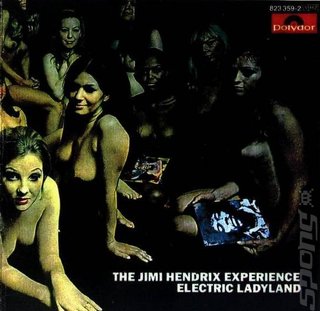 This cover was shot in 1968. Think about that.
All Images (2) »
Wii owners will not be able to join Xbox 360 and PS3 owners in getting Jimi Hendrix DownLoadable Content for Guitar Hero World Tour.

Why? Licensing nonsense. An Activision Blizzard rep has said, ?Due to technical or licensing restrictions, the DLC offerings will not be the same for every console platform. For example, certain artists prefer to keep the integrity of the track pack rather than releasing singles and the Wii?s infrastructure only allows us the ability to release single songs as DLC.?

While for the majority of songs issued as packs on other platforms this will just mean downloading them individually, that won't be possible for the Jimi Hendrix DLC that was promised. The folk looking after the Hendrix catalogue only want his music releasing as packs, as per the example given by Activision. Wii owners will have to make do with the Hendrix material on the disc.

This issue may well raise its head for Rock Band 2 at some point. You've been warned.

You can find out more about Guitar Hero World Tour on SPOnG's dedicated game page.