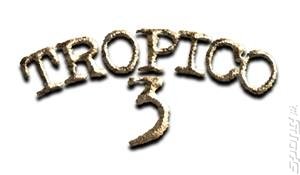 It maybe a small, niche PC title unknown to many but its hardcore of fans (and we're sure there are many as the game is now up to its third iteration) but Tropico 3 was going to be released by Take-Two Interactive and now it isn't.

Instead it's been acquired by Kalypso Media. The game will be released in summer 2009. Let's hope that's after the GTA IV DLC promised for the Xbox 360 and promised by Microsoft for this autumn. By which we mean the autumn we're in the middle of.

According to T2's CEO, Strauss Zelnick, we're certainly not going to see the DLC this year.

Now, we're not saying that Take-Two selling games that it was going to publish - no matter how small those games are - means that the New York-based company will be offloading more IP in order to get its share price and financials looking healthy. We're merely pointing out that it's rare for the company to sell anything at all other than - of course - high quality video games.
Companies: Kalypso Take 2
Games: Tropico 2: Pirate Cove Tropico 3