Japanese giant gets in bed with Western developer for first time 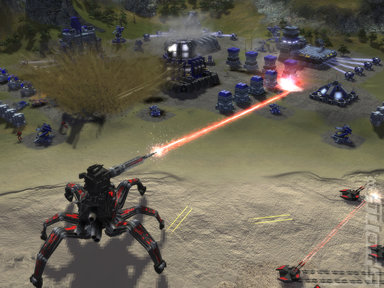 When working with external studios in the past, Square has only done business with Japanese developers. Indeed, the company is the result of the 2002 merger between Square and Enix, a move made in part to tackle oversees competition. So why get in bed with a Western dev now? Yoichi Wada, president and representative director of Square, tells us, ?We see great opportunities in European and North American markets, both of which are expected to be maintaining sustainable growth over these coming years.

"Therefore, it is crucial we create alliances with proven developers such as Gas Powered Games in order to serve these significant markets better by providing products and services in tune with customer tastes.?

Meanwhile, the announcement confirms that this is not an isolated move. "This strategic partnership represents one of the first steps Square Enix Co., Ltd., a sister company of Square Enix headquartered in Tokyo, Japan, and its affiliates (collectively, Square Enix Group) are taking towards their goal of increasing western development efforts aimed for the global markets", the announcement states.

This follows an unnamed Square source stating that Japan may not be the centre of the games industry for too much longer. It looks suspiciously like one of the world's biggest third-party publishers is feeling the wind change...

As for Supreme Commander 2 - we'll have to wait for more details.