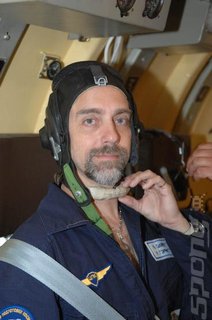 Richard Garriott
Ultima and Tabula Rasa creator, Richard Garriott's recent trip to space to ensure the prolongation of humankind has had an unexpected result.

He has decided to resign from NCSoft, the company that publishes his Tabula Rasa RPG. Writing on the TR website, Garriott - once 'Lord British' and now 'General British' - explains:

"Many of you probably wonder what my plans are, now that I have achieved the lifelong dream of going to space. Well, that unforgettable experience has sparked some new interests that I would like to devote my time and resources to. As such, I am leaving NCsoft to pursue those interests."

As Garriott leaves to pursue astronomical interests, NCSoft attempts to deal with interest rates. Back in September the company announced it was 'regrouping' its subsidiaries, NC Interactive, NC Europe, NC Austin, and ArenaNet under the provisional banner of NC West. There were rumours circulating then that it could even close its UK studio.

The company has also announced that for the third quarter of 2008 (July to September) it has seen profits fall from $7.4 million (Ł4.85m) to $3.7m (Ł2.42m). The fact that NCSoft has not been forthcoming about the success or otherwise of Tabula Rasa in these figures combined with Garriott's longheld love of things spacey (his father was a NASA astronaut) could be one reason for General British's exit.