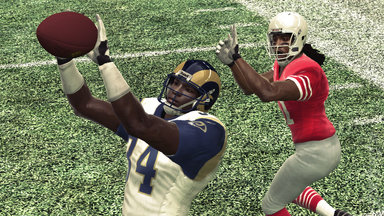 Top Global Markets, the monthly video game software sales report from The NPD Group, GfK Chart-Track Limited and Enterbrain for the July-September (3rd) quarter of 2008 is in.

Not only does it list the 'Top 5 Video Games' in the 'world' (see the end of that story for the list) for that period, it also details which regions did what in terms of growth or contraction. When we say, the 'world' we, like the report, mean the USA, UK and Japan.

The figures show that, "At 15%, the United Kingdom experienced the largest aggregate growth." There is a caveat here however, with the report stating that "growth in the UK is skewed, with console software experiencing a 26% gain, and portable software declining 1% point".

Dorian Bloch, Business Group Director, GfK Chart-Track Limited commented that, "Taking into consideration the marked differences between the 3 territories, the UK market in particular is gearing up for a best-ever Q4 performance overall, even under the well-documented financial climate."

In terms of the other markets, the United States showed 8% growth and "was more evenly balanced, with console software growth of 6 percent and portable software growth of 10%. Anita Frazier, industry analyst, at the NPD Group gives context, saying, "As would be expected at this point in the console lifecycle, games sales are starting to take the spotlight even as the average retail prices of games increased slightly. Heading into the critical fourth quarter, the U.S. games industry is on solid ground."

The Japanese market was 'flat' in the words of the report. In our words it was 'down' with console software sales down by 33% and portable down by 13%.

Ricky K Tanimoto, Global Marketing Analyst, Enterbrain explains, "Japan did experience sales declines in both software categories, but it is important to keep in mind that not only is Japan a more mature market than the US and UK, but 2007 was a banner year for the Japanese software market, with the titles released in the third quarter of 2008 not being as highly anticipated as those released during the same time period in 2007".

HyperTails 11 Nov 2008 19:21
1/1
Its nice to see Madden NFL 09 come out top because its truly a brilliant game. I see that the Nintendo domination has continued and I can't imagine what Pokemon Platinum's sales would be if the US and UK had it.
Posting of new comments is now locked for this page.