Ubisoft Gets Massive and a World in Conflict

Who is next in line? 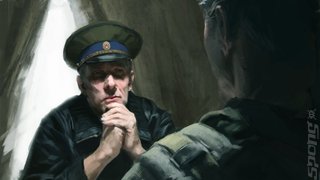 So, how does this Swedish chef sound in French?
Ubisoft is the next company to pick up a Sierra/Vivendi title from Activision Blizzard - it's got World in Conflict. The French Ravin' Rabbids publisher has gone the whole hog as well by buying WiC developer, Swedish-based Massive Entertainment for an undisclosed sum.

So, this means that Activision/Blizzard has managed to offload the following titles in recent week:

* The Chronicles of Riddick went Atari in October.

* 50 Cent: Blood on the Sand didn't got to France, it was picked up by troubled THQ in the same month.

Of course, everybody is excited by the Massive move... that business blather in SPOnG montage:


Cinema Length Business Blather version:
"We are delighted to welcome the talented team of creators at Massive into the Ubisoft family," said Christine Burgess-Quemard, executive director of worldwide production studios at Ubisoft. "Ubisoft is growing at an intense pace and our strategy is to ensure the strength of our global creative teams. Massive has put together a group of some of the most confirmed and recognized creators in the industry and I know that their talent and innovation will allow them to seamlessly integrate into our worldwide network of production studios."

?Massive?s development team places great importance on its freedom to innovate and create games of the highest quality,? stated Martin Walfisz, president and founder of Massive Entertainment. ?We are fortunate to have found in Ubisoft a publisher who shares the same values and understands our mindset.  I have no doubt that our future together will offer significant mutual benefit and synergy.?