Sony and Electronic Arts - and No One Else

India is quite refreshing 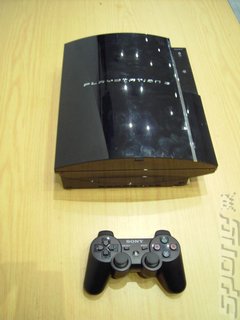 Doing business in India is not as complicated as we were lead to believe. It comes down to cash. This has been brought home to us by Sony's country manager of Sony Computer Entertainment India; the man called Atindriya Bose.

Mr Bose was recently interviewed by GamingIndians at Sony's Experience 2008 show. One of the items that came up for questioning was why nobody other than Sony Computer Entertainment and EA was exhibiting. We expected the same kind of obfuscated business blather as usually occurs in Europe and the USA. Instead we were pleasantly surprised by the sheer bloody honesty. We're not sure if it would work in the UK or the USA however.

So, why no one else?

"EA comes in with monetary involvement in the programme. If I open it to others without monetary involvement just because they have good franchises, then I cannot ask EA to push in money. As it grows and publishers like Activision start becoming big, they will also start chipping in and take a zone for themselves."

According to Bose, "Activision have transferred all their assets here. They have done the transfers, their costing is ready, and the distributor is ready as well. Again, they are also a little confused with the Dollar fluctuating between Rs 47 and Rs 49. They need to figure out at what price they can start a plausible operation. So all the transfers are done and they have also obtained a special sanction to maintain the mid-range pricing of Rs 699. So they?re pretty much ready at their end, but I think the Activision-Vivendi deal had also put this on hold to an extent."

Let's finish with a superb insight into Sony's Indian business. When told by GamingIndians, "There are some really great titles available in India, like Metal Gear Solid and Street Fighter, which could really sell consoles", Mr Bose responded:

"That?s true, but ultimately we have a limit to how many displays we can accommodate. There?s also the cost of the hardware that we have to bear. That?s the balance that comes in. Even with Milestone around, who hold distribution partnerships with the likes of Atari and Capcom, we have not allowed their games to be showcased. Because if we allow Atari and Capcom, there?s no reason why we shouldn?t allow games from WWCDROM or E-Xpress Interactive to be showcased as well. They too have premium titles."

Superb, straightforward logic: basically 'EA is giving us cash to be here exclusively. No matter if Metal Gear Solid does exist, it's not getting in.' It's a staggeringly refreshing approach. Well, staggering at least.
Companies: Electronic Arts Sony