Electronic Arts and Take-Two: Did Anybody Win?

A quick bit of stock-watch 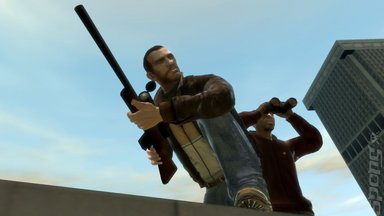 Okay, now everybody has declared their earnings, we thought we'd have a quick look at what happened since Electronic Arts withdrew its offer for Take-Two Interactive: September 15th 2008 being the first day of trading after that occurred.

(We also thought we'd throw in the fates of Activision/Blizzard and THQ for some comparison.)

So, we looked at the stock prices for all four companies since September 2nd, 2008 when EA withdrew from Take-Two... sorry, from its acquisition bid for Take-Two. That bid was worth $25.74 (then Ł12 now Ł16) to T2's stockholders.

Now, bear in mind that all the NASDAQ prices here are also tracked through the 'credit crisis'. We are going to say that began... on September 15th - the day that Lehman Brothers filed for bankruptcy. Also bear in mind that this is a quick calculation based on publicly available data.

The EA bid was still in play.

What does all this tell us? Firstly, it tells us that every single stock price worth thinking about has tanked in recent weeks. Secondly, it tells us that the Take-Two and EA deal really has not affected either company more than the other given the current financial climate. Thirdly, it tells us that if you are a T2 stockholder, you are probably looking back at September 12th - when you were being offered $25.74 for each of your shares compared to the $11.41 they were worth at close of trade yesterday - and you are sighing in a mildly annoyed manner. If you're an EA stockholder, you're probably quite amused.

As we say, this is quick calculation based purely on NASDAQ prices, viewed through a recession; it should definitely not be used by anybody to decide to buy or sell stock. That said, we're off to buy some Take-Two shares before the GTA IV DLC cuts in and the PS2 and Wii versions hit (we jest).

deleted 7 Nov 2008 12:36
1/2
This deal is kinda reminds me of the current Yahoo and MS buyout thing, but do we think Take2 will be saying we want EA to buys us?, Maybe Disney could have a stab at it, but would disney want to be related to GTA?

Roblc 7 Nov 2008 18:02
2/2
actually, this really ended up in a stalemate...with either company loosing anything. So in other words..this is what you would refer to in a relationship between 2 people as a 'clean break' with both parties still being in good enough shape to "pursue other interests".
Posting of new comments is now locked for this page.