Activision Blizzard: What Makes its Money? 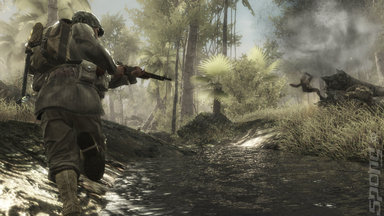 Activision/Blizzard - the company formed by the merger of Activision and Vivendi Games including World of Warcraft maker Blizzard - has declared its third quarter earnings. That is the quarter beginning in July and ending in September. It's a complex piece of literature given that "On July 9, 2008, the business combination between Activision, Inc. and Vivendi Games, Inc. was consummated. As a result of the consummation of the business combination, Activision, Inc. was renamed Activision Blizzard, Inc."

All this means that various financial accounting techniques had to be adopted in order to provide the first real insight into the newly formed company's earnings and losses (the full release is cited at the bottom of this story).

At the core of the financial report, however, are some interesting figures for the rest of the industry (we're looking at you, EA). First up, while ActiBlizz made a net loss of $108 million (Ł68m) for the quarter compared to a profit of $48m (Ł30m) in the same period last year.

At first glance, this just says, "Loss". However, this also has to take into account various charges made due to the creation of the new company. Actual revenues are less uncomfortable looking for the ActiBlizzard board.

Once you've stepped through the jargon, what the company is saying is that it expected to take some hits due to legal and restructuring costs and so had adjusted its revenue forecast. It then proceeded to beat that forecast by more than $150 million (Ł94).

So, where have the revenues come from? Deep inside the document is a breakdown, it makes fascinating reading for console fanboys and PC gamers alike. It also shows that once you've sold a boxed copy of a game, the revenue fun only just gets started.

In terms of percentage of net revenue, 'massively multi-play online games (MMOG)' made up 42% of the cash. Console gaming also made up 42%. Now, you'd expect PC gaming to be part of the MMOG mix, but it's quoted separately at a mere 4%. Handhelds do slightly better, with 12%.

That is gaming revenues from the likes of World of Warcraft make up as much as console boxed sales. Also, the actual boxed PC games are simply the start of the revenue generation.

So, which console made the largest slice of the console monies?

You guessed right, it was the Wii. However, PS3 kept pace with PS2, while the Xbox 360 got within 2% of the Nintendo revenues.

Ninty's DS basically wiped the floor of retail with the PSP.

Makes you realise that when someone suggested, "Hey, why don't we merge with Vivendi and Blizzard?" one morning to the Activision board, the bean counters started jumping around.