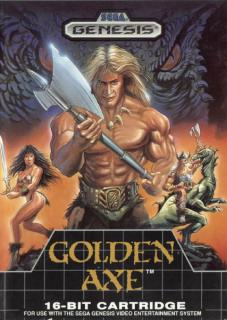 Do you miss the 1990s? Friends, Oasis, Tab Clear, grunge... Well, all of that stuff's gone forever or at the very least totally past it, so get over it. You can have a piece of nineties gaming in the form of Blaze Europe's Handheld Mega Drive, which just hit shops, however.

It comes complete with 20 built-in Mega Drive games, including Sonic and Knuckles, Golden Axe, Shinobi, Ecco the Dolphin and Columns.

We could, at this point, follow Blaze's lead and make a bunch of funnies about the Spice Girls and such things, but frankly we think they should be left undisturbed. Instead, we'll just let you know that the handheld costs Ł29.99 and does everything you'd expect a portable SEGA Mega Drive to do.
Companies: SEGA
Games: Columns Ecco The Dolphin Golden Axe Shinobi Sonic and Knuckles

but I think I'll stick with the console where I can buy games off eBay for mere notes, rather than a handheld with only 20 games for 30 notes