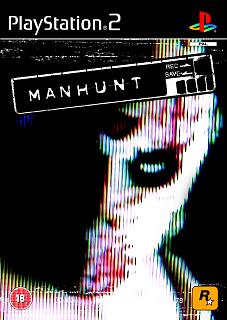 Mike Rawlinson, managing director of the Entertainment Leisure & Software Publishers? Association (ELSPA), has said that MP and anti-videogame campaigner, Keith Vaz has done more to sell Rockstar games than the label itself.

Speaking in an interview with Videogamer, Rawlinson said, "Keith Vaz has done more to sell Rockstar's games than Rockstar has. The original Manhunt was released, did diddly squat and fell right off the radar until the Stefan Pakeerah incident came and Vaz started shouting from the rooftops and then everyone went and bought the stuff.?

This is akin to what Rawlinson describes as 'the magic 18' effect. Following the murder of Pakeerah, which was infamously linked to the game, ELSPA commissioned some research into ratings and buying patterns. We'll let Rawlinson explain what was turned up - ?The research company came back and had this wonderful phrase called 'the magic 18'. The 'magic 18' means this is a real game with real interest. It's just like a magnet. The kids want that proper game. A 16 rated game with a bit of shooting is not a proper one.

?If you go into a book store, how do you choose what's a good book or what's a bad book? How do you choose where the gory book is and where the titillating book is? ...Not easy is it? Because there's no big labels on the front saying violence, sex, 18. It's not there. The only way you get it is by reading the cultural magazines on a Sunday or reading the book reviews or by going on the specialist websites that tell you.

?Wouldn't that be a better way to market a product, in a more level-headed way? But we don't do that and we're forced not to do that. We're forced to go and stick a label on it that says it's 18 which acts as a magnet to the underage gamer."

He also called on parents to be tough when it comes to buying games for kids, saying, "They've got to do their job".

SPOnG recently spoke to Rawlinson at length about the ongoing UK ratings debate. You can catch that interview here.