Walls don't slow you down dude. 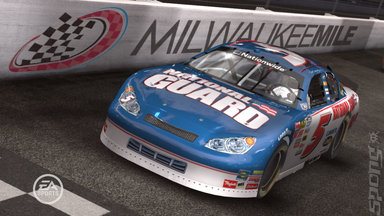 "I planned on hitting the wall, but I didn't plan on the wall slowing me down that much.

"In video games, you can just run into the wall and run it wide open. That's what I did, but it didn't quite work out the same as the video game."

Yeah, Carl, and in video games you can also get your head chopped off... and come back with MORE LIVES!