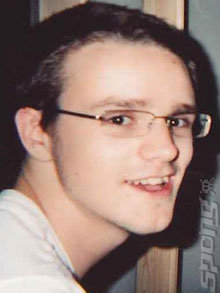 Matthew was a regular with the WarsCentral site - dedicated to Advance Wars and Battalion Wars. He was stabbed to death in the Nottingham flat he shared with his girlfriend, Joanne Witton, who discovered his body.

Heiss even left a message on Witton's Facebook page saying that he would pray for her and that he was "sorry for having caused so much trouble lately".

Apparently Heiss and Matthew Pyke, who was about to go onto university - had argued on Wasrcentral prior to the former flying to the United Kingdom. According to some reports, Heiss and Mr Pyke had an argument on the website shortly before the alleged murder.

Nottinghamshire Police and German police have confirmed that "Limburg-Weilburg police have arrested a 21-year-old man from the rural district of Limburg. He was arrested by officers from the West-Hessen police headquarters in Hunfelden on suspicion that on 19 September he killed a man in Nottingham with a knife. They got to know each other through the internet."

The mainstream media will, inevitably make the video game connection. Bear in mind, however, that Matthew's gaming interest was for the strategy-based, almost board-game like Advance Wars.

The Warscentral site is currently closed its forums and has posted a short, sensible message:

"Due to recent events I have decided to disable any new registrations to the forums at present. This is only temporary, but I feel it is best. Secondly, Guests are now no longer allowed to view the forums. This is because I wish to protect the privacy of our members, especially that of Jo, Matt and his friends.

"I wish I could write more on the matter, but I am currently not feeling up to it. The loss of a great friend, and fellow admin has been very hard to bare.

"If anyone does need to contact me, please send an e-mail to; eggy@warscentral.com It is unlikely that I will respond to any questions regarding Matt, Jo and the website.

"Matt, you were a great friend, and a great man. I'm not normally at a loss for words, but this is something where I just cannot speak. I cannot image this place without you. You touched so many hearts. I hope whoever did this to you is brought to justice swiftly. "