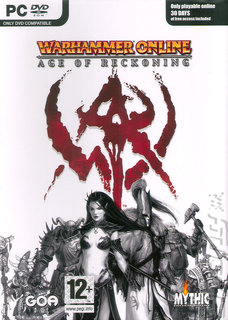 Hate spam in MMO's? So, does Mythic, the studio behind Warhammer Online: Age of Reckoning. In fact, the developer has instigated a programme for publicly naming and shaming offenders.

Posting on his blog Mark Jacobs, president, CEO and co-founder of Mythic writes, ?This weekend, we unveiled a new wrinkle in the fight against them, the public ban message. Players on our Phoenix Throne server have been treated to special messages when a gold seller/spammer is banned. I?ve given them a wide leash to come up with creative messages to tell the entire community who has been banned and we keep it within the Warhammer universe.

?Messages like 'Tchar?zanek has ordered the slaughter of [Spammer] and all others of his kind who weaken the Raven Host by providing wealth and power to the unworthy' have been seen all weekend. We will continue this policy and expand it to the other servers. We are in for a real fight against these bottom feeders and it will be a long and costly battle but it?s one we are going to take to them and this is only the first step. After all, this is WAR??

That would be the 21st century, nerd equivalent to the stocks. If there's one thing worse than being pelted with rotten fruit in the town square, it's facing down a mob of angry MMO players on the Internet.

Jacobs claims that some 400 spammers have been thrown off the WAR servers over the weekend.

WAR was released last Friday, making it to Number 4 in this week's UK Charts. You can find out more about it here.