No Online Create Co-op for LittleBigPlanet at Launch

Coming on an update... 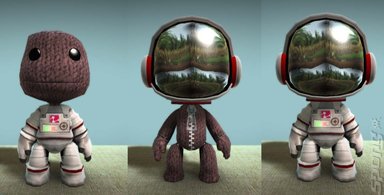 From the week one DLC
All Images (3) »
Media Molecule has confirmed that online co-operative create play in LittleBigPlanet won't be available until after it launches.

Posting on the PlayStation forum about the feature Sam_Protagonist, a Media Molecule developer, said, "The ability to create with your friends online will come as part of the first major update after the game is released. Offline creating with up to 4 people on one PlayStation 3 however is available right from the get go."

Sam also pre-empted your next question, saying, "The next question will undoubtedly be 'when is the first update due' and right now there is no specific time set at the moment, however with the game having gone gold, the team at Media Molecule are already hard at work on content for the game after its release, with online multi-player creating top of the list."

In all fairness to Sony and Media Molecule, their press materials haven't specifically said that online co-operative play would be available at launch. That said, it was widely expected that such a mode would be part of the core game, given its focus on both creation and community.