Half-Life Loses Out to Halo in Hadron Collider Vote 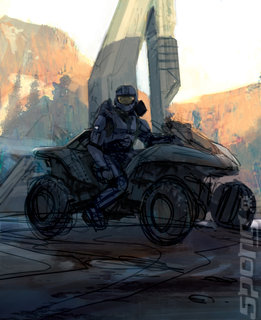 The public has voted - it wants the machine that will absolutely definitely cause the world to be swallowed into a black whole to carry Microsoft branding. More specifically, it wants the Large Hadron Collider to be called 'Halo'.

This is the result of a vote put together by the Royal Society of Chemistry. It claims, "Halo conjures visions of radiant beauty, power and wisdom. The circle of light reflects the collider's form; it is a crowning achievement of science and engineering. It also gives more than a nod to the experiment's importance to religious debate."

Nothing to do with Master Chief, then? Even though the RSC admits, "Black Mesa, the name of an ill-fated research facility in the computer game franchise Half-life, was particularly well represented by gamers". You might also remember that Half-Life's Gordon Freeman has been spotted standing watch over the project. SPOnG smells something fishy...

Other favourite suggestions included Deep Thought (thanks to the computer in Hitchhiker's Guide to the Galaxy), The Particrasher, E=M25, The Big Banger and Big Bang Two Point Oh.

The RSC will formally suggest the name to CERN, where the collider is based.
Companies: Bungie Microsoft
Games: Halo 2 Halo 3 Halo: Combat Evolved