Ignition to do the honours 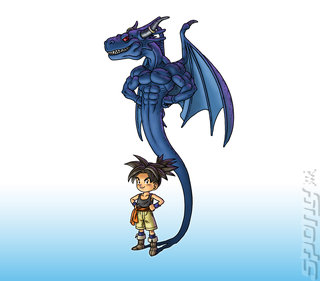 All Images (5) »
Mistwalker's cutesy RPG series, Blue Dragon, is set to hit the DS next March in the form of Blue Dragon Plus.

Ignition Entertainment, which is handling the Western publication of Metal Slug 7, is bringing Blue Dragon Plus over here in conjunction with AQ Interactive, which published the game in Japan. It is being developed in tandem by Mistwalker (which created the original Xbox 360 game) and Feelplus (Lost Odyssey).

Although Blue Dragon is a Microsoft trademark, it's not unheard of for the company to allow its properties onto the DS via third-party publishers, as happened with Viva Pińata Pocket Paradise and THQ.

The game takes place a year after the end of the first title in the series, featuring (Blue Dragon spoiler alert!) a world that has been sundered into cubes. The world, naturally, is in peril. It's up to Shu and his mates - who control phantom shadows - to save the day.

Ignition states that there are 30 hours of gameplay to be had. You can find out more about the game over on SPOnG's dedicated game page.
Companies: Ignition Entertainment Mistwalker
Games: Blue Dragon Blue Dragon Plus