Realignment due to failing projects? 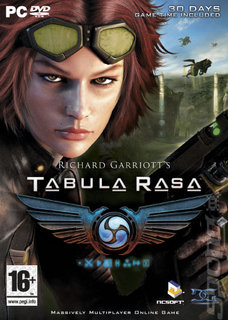 Soon for the chopping block?
NCsoft has announced that it is consolidating its Western businesses. This comes as rumours circulate that the company is closing its UK studio.

Specifically NCsoft subsidiaries, NC Interactive, NC Europe, NC Austin, and ArenaNet will all be grouped together under the provisional banner of NC West.

The company will be led by Chris Chung, previously head of NC Interactive (NCsoft's North American operation), as CEO. Jeff Strain, formerly president and co-founder of Arenanet (one of NCsoft's studios), will join Chung as president of product development. David Reid, formerly VP of marketing in North America will be president of publishing. Patrick Wyatt, another founder of ArenaNet, will be the new company's Chief Technology Officer (CTO).

NCsoft says it will have further personnel announcements in the future.

This comes hot on the heels of a rumour suggesting that NCsoft's UK studio, based in Brighton in the headquarters of what was formerly NCsoft Europe, will be closing. Develop† claims that internal sources were informed of the closure on Monday night, with 50 jobs now at risk. This apparently comes following the cancellation of an untitled MMO.

It is believed that the publishing, QA and MMO support teams that share the Brighton offices will be unaffected.

Furthermore, industry scuttlebut suggests that Richard Garriott's Tabula Rasa is soon to be cancelled thanks to poor subscription rates.

NCsoft has yet to comment on the rumoured closure and cancellation or whether it is related to the restructuring. If the rumours prove true, however, it seems almost certain that the events are connected.