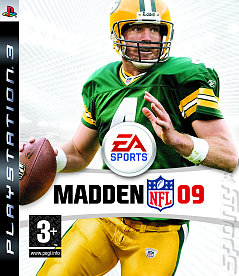 A California District Court has stated that the NFL will have to appear in court over claims by former players that they are entitled to a share of royalties from Electronic Arts' Madden NFL series. This relates to the September 22nd hearing in which Electronic Arts was due to give evidence.

It is not in relation to another class action suit regarding alleged price fixing and the Madden franchise.

The ex-players are disgruntled over the fact that a group licensing agreement has been signed by the NFL giving current players royalties for use of their names and likenesses in the Madden games, while former players have received nothing.

The NFL tried to decertify the former players as a class, citing ad hoc arrangements with individual players as the reason. The court has rejected the motion, stating, "The money paid to certain retired players under ad hoc agreements does not affect whatever rights the class members have under the GLAs. As noted in previous orders, active players were paid an equal share royalty under their GLAs despite their ability to enter in separate ad hoc agreements to license their images individually."

A court date of October 20th has been set.