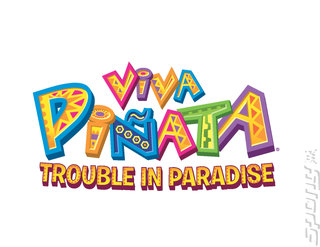 Those apparently heavily over-worked chaps at Rare (which, if you believe Internet rumour, is working on everything inside Microsoft including Office 2015) are getting post Viva Pińata lag.

According to an interview over on Mundorare, with Justin Cook (lead designer of Trouble in Paradise), "We don't have any plans for DLC.

"As far as the team is concerned we are taking a break from VP for a while to make something new. But things change quickly in the software industry so next week it may be a completely different story."

According to people we might or might know close to Rare, this break does not mean the end of VP, which the team has been working on for six years, but simply "an hiatus".

When pressed on what the 'something new' is, SPOnG was met statements about "new challenges" and a series of highly believable and obviously totally true options including: Halo 8, Diablo XIV, Battletoads vs Aero The Acro-Bat vs Zool and a secret project possibly called 'Fiuckchompers'.

We are also aware that the word 'gullible' has been removed from the dictionary. Nope, Rare remains tight-lipped on what the 'new challenge'.

More when we get it.

deleted 29 Aug 2008 20:29
1/1
VP is a great IP i really hope the new none take soff more because i really want some good sequels from this genre, just i hope if it does that it doesnt become a bleed to death IP, Viva Pinata Kart, Viva Pinata Soccer, Viva Pinata Tennis etc etc, lets leave that to nintendo and mario!
Posting of new comments is now locked for this page.