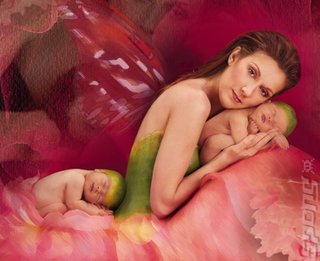 Yeah, we went there. A Titanic theme song singing, baby strangling, Canadainian.
Having already told you about the new Supergroup of game sales stat compilers and its Top Global Market Report, it's time to look at the fruits of that partnership.

The annual (well, January to July 2008) games sales charts. It is with no surprise at all given the success of the Wii and the DS Lite to see that Nintendo dominates the placings with three out of five first-party exclusives. It doesn't secure the Number 1 spot however.

That honour is reserved for GTA IV with 6,293,000 sold - and the Japanese market not even counted as the game is not due to release there until October 30th this year.

The chart, below, reflects sales in the UK, USA and Japan... so, not utterly global.

Time for a little slice of perspective before our American readers march over to Hollywood with pitchforks and signs saying things like, "So Pwned" and "Epic Fail" outside restaurants full of movie moguls.

We're just saying is all...