Single mother ordered to pay up 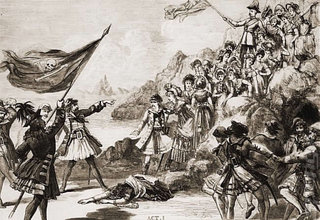 Piracy in action.
Five 'top' games publishers are cracking down on thousands of illegal file sharers who have been circulating their games for free. The companies plan to send out letters to thousands of supposed pirates, demanding Ł300 (?378) to settle out of court.

The publishers, dubbed 'the world's biggest' by The Times and 'Top 5' by The Daily Mail, include Atari, Topware Interactive, Reality Pump, Techland and Codemasters. Atari and Codemasters we'll accept as 'high up there''. Reality Pump, Techland and Topware, if you've never come across them, are responsible for the upcoming Two Worlds, Call of Juaraz and Dream Pinball 3D respectively.

The companies have hired the services of Davenport Lyons, which has already successfully won anti-piracy cases for Topware.

The exact number of people targeted is somewhat unclear. The Times reports that 25,000 addresses have been requested of Internet Service Providers (ISPs) through the High Court, with 5,000 having already been acquired. Davenport Lyons itself states, ?Several thousand names and addresses have already been ordered by the High Court of London to be released by the ISPs concerned.? It also claims that another application will be sent off in relation to a further 7,000 addresses.

The companies in question will apparently initially target 500 people who ignore the letters for legal action.

A partner at Davenport Lyons, Roger Billens, said, ?Our clients were incensed by the level of illegal downloading. In the first 14 days since Topware Interactive released Dream Pinball 3D it sold 800 legitimate copies but was illegally downloaded 12,000 times. Hopefully people will think twice if they risk being taken to court.? He did not state where he got the piracy figure from.

This follows the announcement that Isabela Barwinska, an unemployed mother of two, was the first person in the UK ordered to pay damages for uploading a game for illegal download. She has been ordered to pay Topware Ł16,000 (?20,180) for the illegal distribution of Dream Pinball. Quite how an unemployed mother of two, who is understood to have made no commercial gain from the piracy, is expected to pay the Ł16,000 is unclear.

It was for piracy of Dream Pinball that four gamers were forced to pay damages last month. Those four, however, failed to turn up in court and so lost the case by default.

The evidence supporting applications to court for addresses is compiled by Logistep in Switzerland, dubbed ?forensic computer experts? by Davenport Lyons. It has been suggested, however, that due to inaccuracies in the company's technology, Davenport Lyons will not pursue file sharers who it expects to turn up for their hearings. SPOnG has contacted Davenport Lyons for confirmation on whether Ms Barwinska attended her hearing.

After initially providing comment, ELSPA has withdrawn its statement. Official comment is expected later today. The Times reports, however, that a 'source close to' ELSPA said that, ?most publishers would be reluctant to bring legal actions against their ?core market? and would be likely to look for other ways to minimise losses due to piracy.?

Recently the music industry entered into an agreement with several major ISPs to work together in cracking down on pirates without pursuing legal action. Instead, the ISPs will impose sanctions such as slowing internet connections. Given the problems surrounding legal attacks on filesharers, this could be a more promising approach for the games industry.
Companies: Atari Codemasters Reality Pump Techland Topware
Games: Dream Pinball 3D

Lesson number one of customer service should be don't crminalise the customer. That recent Ł16.000 fine the polish lass got could have purchased a lot of Atari and Codemasters games. I'm damn sure that person is now a lost customer for them for good.

With Nintendo trying to grow the games industry and bring in new customers, the last thing they should be doing is chasing them away.

Angered 31 Jan 2009 06:44
2/2
I was one of the 800 that actually bought Dream Pinball 3D when it was released, only to be plagued with a buggy activation scheme that was tripped at what seemed at random. Once I hit the activation over internet limit the game suddenly became useless.
Topware's phone numbers are disconnected and there in no support what so ever for this game leaving me feeling ripped off even if I only spent $20.
Ironically since I can't find a stand alone crack to remedy this problem I am forced to download a ripped off copy of the complete game.
Thanks Topware.