Plus: no big expansion plans 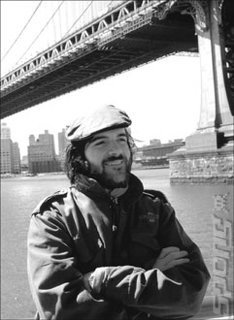 Sam Houser
Rockstar president Sam Houser isn't hurt by mainstream criticism of his company and games. In fact, he mostly considers it an honour. That doesn't mean he isn't depressed by how un-rock 'n' roll Rockstar actually is, however.

Speaking in an interview with UK industry journal Develop, Houser said, “Most of the people who hate us are people it is truly an honour to be hated by – reactionary creeps with strange agendas – and The Daily Mail. Most people who know about modern pop culture know about GTA and like or dislike it on its own merits.”

Speaking about the truth behind tabloid stories telling of Rockstar debauchery, Houser said, “I think we are both depressed at how boring we really are and how unexciting even the worse fabrications and exaggerations are when you read about them.

“None of it seems very rock and roll, so we find it a little sad, when there are probably better stories that could be written about both us and the industry/medium. No sharks, groupies or pounds of coke or anything fun at all. We read like angry dorks, which might be true, but is certainly not very exciting.”

Sparing a word for potential expansion, Houser said, “We don’t want to get too much bigger in terms of teams, because the games need to have the personal touch and production values that are in them, and we can’t do that at a much bigger scale, but we will always look to work closely with excellent people when we come across them.”

You have to wonder if EA falls under the bracket of “excellent people”...

i would like to add, everytime the Daily Mail points to a GTA story a angel gets its wings!