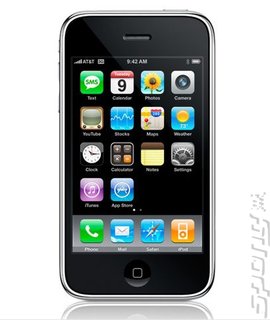 SEGA reckons we ought to approach the iPhone as a gaming device in the same manner we do the DS or PSP.

Speaking in an interview, SEGA of America's VP of marketing, Sean Ratcliffe, said of the iPhone, ?It's a device with unique functions like the accelerometer and the tilt-technology... Is it a phone? Yes, but should we treat it like a mobile gaming device like the DS and PSP? Yes, I think so. In terms of how we approach development, we're now going to have to consider the iPhone.?

Ratcliffe was keen to not just focus on the iPhone, however, saying, ?Having said that, there are a lot more smart phones from other manufacturers as well. It isn't just about iPhone now; it's about the next-generation of mobile phones.?

SEGA has already released Super Monkey Ball on the iPhone, complete with use of its motion-sensitivity, with some success. There's also talk of the likes of Spore appearing on the platform.

While the promise of widespread, quality gaming on phones has yet to be fully realised, the games industry is increasingly turning its head towards mobile gaming. Speaking to SPOnG recently about where he sees the future of gaming, Microsoft's newly-appointed chief technology officer, Chris Satchell, said, ?There are going to be some big trends. One of the biggest ones is the power of cell phones, that actually could be very meaningful for our industry.

?You look two years down and you see devices that are DX10 cell phones that can drive a high def display from a HDMI cable, dual core processors running at over a gigahert. That's in two years. That's a tonne of processing power. So you're really talking about something that, in a cell phone form factor, it's a low to mid-range laptop today.?

Of course, Satchell was never likely to mention the iPhone given that it's an Apple product, but it certainly has the most promising interface for gaming SPOnG's seen on a phone in... well, ever.

Should the iPhone successfully break out as a gaming platform it will represent a huge new market to target. The latest model sold a million units in its first three days of sale in July. Makes you think, dunnit?

Do you have an iPhone? Are you interested in it as a gaming device? Tell us in the Forum.

Joji 8 Aug 2008 00:37
1/1
Nice idea, but phones are still phones, and as such a disposable tech. While iPhone has some hot features etc, its not gonna trump DS or PSP anytime soon.

Handheld are for games. Anything else portable is blasphemy. Lol.