Get your fighting mallet ready... 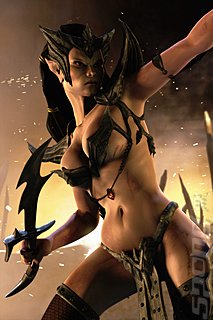 Mythic Entertainment has put a release date to its upcoming MMO of... well, you would assume 'mythic' proportions. That would be Warhammer Online. The date would be September 18th.

The company's gunning for an international launch, with the European, North American and Pacific servers all going live on that date.

Also confirmed was the subscription model for the game, at least if you're paying for it in US dollars. It appears thusly:

If you're in the UK you might want to round those figures up a spot to avoid disappointment...

The North American pre-order campaign, which offers up bonus goodies such as beta access, also kicks off today. The European scheme will kick off later in the month.

So, ready for an over-enthused corporo-quote? Good. ?The countdown has officially begun. Mark your calendars! September 18th is the Day of Reckoning?, uttered Mark Jacobs, founder and general manager of Mythic Entertainment. ?For the last three years, the entire team at Mythic has poured their hearts into making Warhammer Online the next great MMORPG. We are so excited to open up this world and share it with the fans that will live in it, quest in it, go to war in it and make it come alive.?