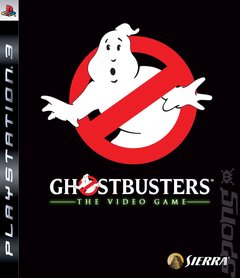 Activision Blizzard has announced that a huge chunk of Vivendi titles are to be dropped from the newly-formed company's publishing line-up.

The official release from the newly formed company plays up titles that Activision Publishing will be using to 'broaden its portfolio'. These include, Crash Bandicoot, Ice Age, Spyro, Prototype and one as yet unannounced title. That came from a statement from the publisher (albeit with a nice sugar coating about how Activision's line-up is being strengthened).

It has since been confirmed? that these will be the only titles published by Activision Blizzard that were formerly part of Vivendi proper. That leaves the fates of Ghostbusters, Chronicles of Riddick: Assault on Dark Athena, Brutal Legend, Wet, World at Conflict: Soviet Assault, 50 Cent Blood on the Sand, Leisure Suit Larry: Box Office Bust, the Bourne rights and several Xbox Live Arcade titles up in the air.

Some, such as Ghostbusters (which was planned for release this year) will presumably be sold, given that they must be relatively close to completion. Others may be cancelled outright.

Additionally, staff at Radical Entertainment (Prototype) and High Moon Studios (The Bourne Conspiracy) will be ?realigned?. Presumably that means absorbed into other studios, but no comment was available from Activision or Vivendi at the time of press.

As for Massive Entertainment (World in Conflict) and Swordfish Studios (50 Cent: Blood on the Sand) ? the company is ?exploring options?, including the possibility of ?divestiture?. In plain-speak, that's 'sale'.

Furthermore, the publisher by way of Mike Griffith, CEO of Activision, is ?evaluating options regarding two non-strategic business units Vivendi Games Mobile and Sierra Online?. Sale or "realignment" are probably a good bet for those, too.

No mention is made in the statement of Blizzard or its titles, but it's unlikely that they will be meddled with in any significant way given their massive success.

Griffith continues, ?We have conducted a thorough review of Vivendi Games' brand portfolio and are retaining those franchises and titles that are a strong fit with our long-term product strategy. We are reviewing our options regarding those titles that we will not be publishing.

"We are focused on improving efficiency across the combined organization and are concentrating on businesses where we have leadership positions that are aligned with Activision Publishing's long-term corporate objectives."

SPOnG told you a couple of weeks ago that Activision Blizzard would be cutting jobs, but the scale of the cuts to both studios and its publishing catalogue is extreme.

It's unclear as to whether any Activision titles or studios are on the chopping block.