Is Sony Softening Us Up for Further Home Delay? 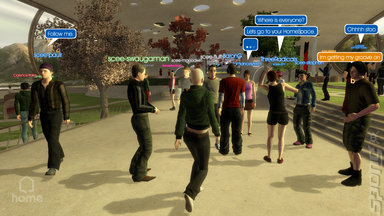 Kaz Hirai, Sony's president of computer entertainment, has said that it "doesn't matter" when PlayStation Home is launched, so long the service is "right".

Hirai points out, "As I?ve said on numerous occasions, I?d much rather make sure we take the time to have a great service rather than rush something into the market ? only for consumers to say: 'This is not enough for me.' I want to avoid that. If we have the right service, it doesn?t matter when we launch ? so long as it?s in a reasonable timeframe."

Giving a bit more depth, he also said, "Given the fact that I?ve delayed the launch of Home twice ? for which I?ve apologised ? I think I?ve done it for a very good reason, and that?s because I want to bring the very best service possible to consumers around the world. We?re very confident in when we do launch the open Beta service ? it?s something that will really resonate with the consumers."

Home was originally scheduled for last Autumn, but got delayed to this Spring. In April, it was further delayed until Autumn.

Hirai's comments aren't dissimilar to those of Jack Tretton, president of Sony Computer Entertainment America, a week ago. At this point, SPOnG has to wonder if Sony is dubious about whether it will hit the Autumn release window it has specified for the Home open beta. The old 'we want to get it right' line seems to be getting trotted out too often for comfort and we can't help but wonder if we're being softened up for more bad news...