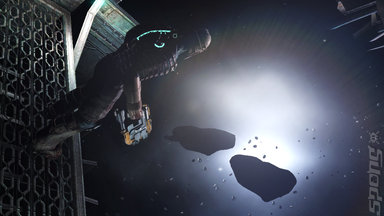 Electronic Arts has signed with a Hollywood talent and literary agency for representation in the world of cinema and TV. EA says it has signed with the United Talent Agency in order to ?develop a comprehensive strategy for moving its intellectual property into the realm of large-budget motion pictures and television series.?

UTA represents the likes of Harrison Ford, Jack Black and Wes Anderson, as well as having clients in other fields such as literature and music.

We get a rather interesting corporo-quote from UTA partner Richard Klubeck. "We view EA as an emerging entertainment force, not just because they are a great untapped IP rights holder, but because at their core they care most about how viewers respond to their stories and creative vision", he says.

The other day, EA's CEO, John Riccitiello said, ?I don?t think the investors give a shit about our quality.? That in no way means that EA doesn't care how its products are received by consumers, of course...

Currently, EA has a Sims film in script development over at 20th Century Fox, a MySims animated series in the works with Film Roman and an animated Dead Space feature in production, also with Starz/Film Roman.

UTA's website notes that it also looks for ways to ?pair clients with appropriate game publishers and developers... to create new I.P. Specifically for the digital space.? Could the relationship extend both ways? SPOnG would give someone else's left testicle to play a Wes Anderson game...
Companies: Electronic Arts
Games: Dead Space MySims The Sims