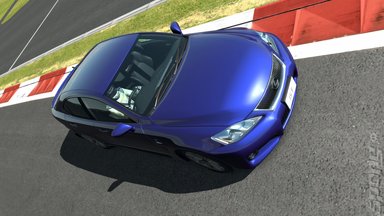 That doesn't mean you'll be entirely bereft of new GT content for the next two years, however. In the meantime, Polyphony plans to continue to beef up GT5 Prologue with new cars, tracks and features. While proper details are not available, Yamauchi apparently said a new update is planned for the near future.

Back in March Chris Hinojosa-Miranda, an associate producer for Sony Computer Entertainment America, said that GT5 was "about a year away". He might want to check his calendar.

For those of you whose memories stretch back to Gran Turismo 4 Mobile being announced, Yamauchi said that the game is still in active development and hasn't been forgotten. It's not planned for release before GT5, however.

The game was first announced waaaay back in 2004 as one of the first batch of titles to be released on the PSP. It hasn't materialised, with Kaz Hirai, president and group chief operating officer of Sony Computer Entertainment Incorporated having told SPOnG last year that this was due to "allocation of resources" at Polyphony.

After 2 years of updates (hopefully), how much better would the full version actually be?

Steviepunk 18 Jul 2008 17:07
2/9
That seems like an absurd amount of time to have been developing a game. I know they like attention to detail and have everything 'just right', but as good as GT is, I just can't imagine how it can take so long for them to finish GT5.

In the time that they'll have been developing GT5, Microsoft will have developed and released Forza2 and (most probably) Forza 3.

At this rate even Duke Nukem Forever will be out before GT5....

"Yes its fine to take upto 6 years to release a game, we do not mind at all"?

Why isnt anyone saying, "you know what, you have two very big system selling titles here, WTF arent they on the shelfs"?

We saw GT and GT2 on PSone, GT3 and GT4 on PS2 so why cant they get one game out the door, at least the PSP version, i bought my PSP for GT:Mobile, thank god for emulation and homebrew.

Forza's incarnations have been superior to its GT competitors since its inception, and will likely continue to be so, with this news, for the foreseeable future.

GT and its creators have obviously become too bloated with their own past success to move, like some 600-pound woman on Oprah, too fat to get out of bed. I just KNEW Prologue was a bad sign for this franchise, just didn't know it was this bad.

By the time GT 5 Actual is out, Forza will have raised the bar yet again, mebbe the extra YEARS will be put to good use and GT will be on a par with Forza...mebbe not.

Bad move Sony. This just cements my conviction that I have the right console...if Sony can't even deliver a proper Gran Turismo for the PS3 in a timely manner...now if MS would just get off Project Gotham's jock and concentrate on making Forza the flagship Xbox racing title...I'd give them kudos *winces

Seriously though, some kind of announcement from MS about Forza 3 on the heels of this would be spintastic.

Forza's incarnations have been superior to its GT competitors since its inception, and will likely continue to be so, with this news, for the foreseeable future.


Seriously though, some kind of announcement from MS about Forza 3 on the heels of this would be spintastic.
i alkl so love both forzas like the fist better because of the uphill and downhill events i just feal that gt5 will be better and hay i am a fan boy but to games not the console i play them on if i was a sony fanboy why would i spend most of my time playing 360 ?

WHOOSH 20 Jul 2008 15:11
7/9
I'm not trying to defend what their doing or anything here, but remember this is a truly massive game and the polphony lot are the sort who like to nit pick at things until there perfect... I dare say that GT5 is bigger than both Forza 1, 2 and 3 combined. However I am a bit bored of this delay thing the Playstation has about it self, it's about time they picked their act up

After all the slagging off from the PS3 fan babies over Forza 2 which is still the best technical proper SIM on any games console the PS3 fans are gonna have a long wait for GT5 by that time Forza 3 would have been out then we can compare that against the prologue and when GT 5 actually comes out we can then compare Forza 4 and PGR 6 as well...

Wow what a wait, Sony are f**king stupid and so are their deluded fanboys that want to play games but love waiting soo long.

I'm officially going to stop reading any paragraph that comes under your name. You are 12 years old and I claim my Ł5.

Now Sony, pull your f**king finger out. If you really are that keen on giving up the console market, just stop manufacturing PS3s. Or alternatively, keep the PS2 market alive as you have been already and keep trying to live in the past ten years while your cash reserves slowly dry up. Failing that, just dig a big hole in the ground and forklift all your money into it.

You could actually start delivering games on time, with the hardware you should have had from the beginning, but that would just be ridiculous wouldn't it?