From the mouth of EA's CEO - KOTOR MMO 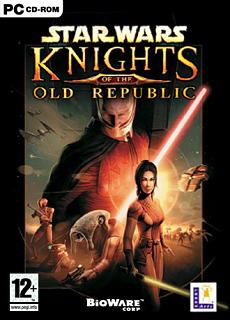 Electronic Arts has finally confirmed that a Star Wars: Knights of the Old Republic MMO is in development.

Speaking in an interview with the Portfolio website, the company's CEO, John Riccitiello, said, "We've got two of the most compelling MMOs in the industry in development... And the one that people are dying for us to talk to them about -- in partnership with Lucas, coming out of BioWare, which is, I think, quite possibly the most anticipated game, full stop, for the industry at the point when we get closer to telling you about it."

So far so good... Then, when pressed about whether it is, in fact, a KOTOR MMO, Riccitiello answered, "Yes." For the record, the other MMO is Warhammer Online from EA Mythic.

Further details are yet to be confirmed. It was suggested in the Portfolio article, however, that the game could be PC exclusive. While this is currently the norm for an MMO, it wouldn't be surprising for a franchise as big as KOTOR to break the mold.

Portfolio isn't clear about the grounds upon which it makes this claim, but it would seem to hinge on Riccitiello's apparent assertion that console and handheld gaming's market share will shrink. Immediately after the assertion that the KOTOR MMO could be PC-only, the publication quotes him as saying, "Increasingly, people are going to be talking about direct-to-customer in our business.. I think we'll be talking about it louder than most."

The article then states that currently 60% of the gaming market consists of consoles and dedicated handhelds, then quotes Riccitiello as saying, "We expect in 2011 for it to be fifty-percent". Make of that what you will...

Hopefully they still make or whoever is making it for the 360 but a single player.

EA and this Rat guy really piss me off!