Next Halo to Ditch Master Chief? 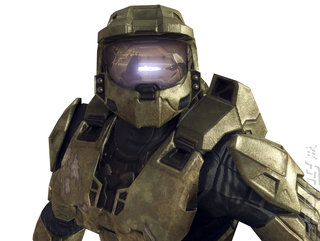 Rumours have surfaced suggesting that the next Halo game (that isn't Halo Wars) will not feature the series' faceless star, Master Chief. Not only that, but if we're to believe the scuttlebutt the game will shift to squad-based action with a grittier feel.

The rumour reportedly comes from "A source with first-hand knowledge of Bungie's development". That source has said that the game won't carry a whiff of the Chief.

Apparently the game will play like "a cross between Ghost Recon and Gears of War." It will be "less cartoony" and "more bloody, violent, and grim" than previous games. The feel of the game has been described as akin to that of the Halo film shorts made by Neill Blomkamp. You can see an example of his work here.

The story will supposedly follow a squad of colonial marines or orbital drop shock troopers involved in "intense" action on the ground.

Beyond that, the game could feature a co-op mode that will enable players to team up as an entire squad of characters. Just how many this will involve is unclear.

So... should we believe the rumour? GameSpot, whose source the informant is, says we should. A new direction for the Halo series also wouldn't be a bad idea following the conclusion of the trilogy. It wouldn't be at all surprising to see an announcement at Microsoft's E3 keynote today, but we'll wait and see...