Plus: iTunes-like service in the works? 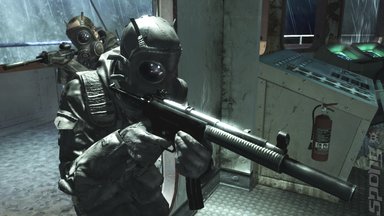 Kotick also pointed to the state of the games industry in general, describing it as "fragmented" and noting that consolidation is happening at a faster rate, with new competitors emerging all the time.

Could Electronic Arts be facing competition in its bid for Take Two? The GTA publisher has been bullish in its resistance of Electronic Arts' attempted buyout, but its stocks closed at $23.90 (Ł12.08 at the time of press) - well below the $25.74 offered per share by EA.

With that financial pressure building, it is unclear how long Take Two can continue to refuse a buyout. Meanwhile, Take Two has made a point of saying, "We have received expressions of interest from a number of interested parties and look forward to beginning formal discussions following the launch of Grand Theft Auto IV". Could the combined forces of Activision and Vivendi be one of those parties? It's not an unreasonable supposition.

Elsewhere in the interview, Kotick mused on the possibility of Activision Blizzard providing a music download service along the lines of iTunes tied to its Guitar Hero games. When you think about the fact that the Vivendi Group, the majority shareholder in Activision Blizzard, has the Universal Music Group under its belt, that's certainly an intriguing proposition.