No PS3 Trophy Support for Call of Duty 4

If it ever gets up and running... 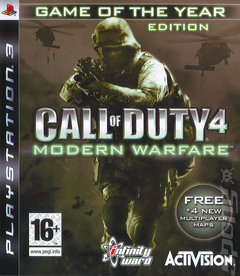 Infinity Ward has said that it will not support the trophy system for the PS3 in Call of Duty 4.

A forum post from fourzerotwo, otherwise known as Infinity Ward's director of communications and community manager, Robert Bowling, tells us, "At this time, we have no plans to patch in Trophy support for Call of Duty 4: Modern Warfare for the PS3. Much like DualShock rumble addition to the PS3, the support for these new features have come much to late for us to add it to Call of Duty 4: Modern Warfare due to our current production schedule.

"We would have loved to have these in the game at launch if the support was available, or shortly after."

While this doesn't seem to bode well for trophy support in third-party titles that have already seen release, Criterion has said that it will include trophies in Burnout Paradise. In a PlayStation Blog posting from Simon Phipps, a designer at Criterion, we're told, "we?d like to confirm here that Criterion WILL be supporting PlayStation Trophies in a future update of Burnout Paradise. It won?t be the Codename: Cagney update, but Trophies will be coming to Paradise soon." The Codename: Cagney update is planned for July.

You can see a list of first-party titles that will support the feature here.

This all depends, of course, on Sony getting the console-killing update v2.40, which should enable trophy support, fixed and re-released.

Bravo 14 Jul 2008 12:11
1/1
Infinity ward sux. They update their servers really fast, I guess anything for profit not for customers. Socom will be out soon and that will be the end of COD!!
Posting of new comments is now locked for this page.