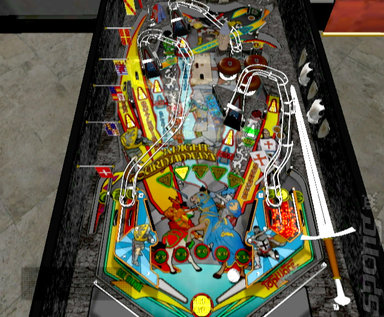 The four accused were fined Ł750 and ordered to pay Ł2,000 in costs by at Central London County Court. The fine apparently represents the amount Topware lost as a result of the four file sharers.

David Gore, a partner at Davenport Lyons which represented Topware and has acted on behalf of Codemasters in similar matters, uttered, ?Copyright owners spend millions of pounds developing copyright works for sale to the public for their enjoyment and yet many think it is acceptable to obtain the work illegally and for free by procuring a copy on a peer-to-peer network.?

According to the terrifyingly widely-distributed Metro, this means, ?Thousands of file-sharers could be sued?. Indeed, Davenport Lyons says it has more cases lined up for prosecution later this week.

While SPOnG agrees that piracy is wrong, it appears that Davenport Lyons may be more of a bully than a crusader against copyright infringement.

One notable fact about the Topware case is that none of the accused actually turned up. That means a default judgement was registered, with the judges having little choice but to award the victory to Topware.

That's not to say that the accused were not in fact guilty, of course. Their absence would seem to suggest that they are. According to file sharing weblog TorrentFreak, however, Davenport Lyons will not pursue those it expects to turn up.

The site claims that due to inaccuracies in the tracking technology that its partner Logistep uses, Davenport Lyons will not risk losing a case by taking someone to court who may go so far as to attend.

Back in 2006 a case highlighted the problems with file sharing technology. The case alleged that one Mrs Marson illegally downloaded music but was dropped by the Recording Industry Association of America after it emerged that numerous people had access to her computer, leaving them unable to determine who had actually downloaded the files.

Quite how Davenport Lyons is supposed to know who will and will not attend hearings, however, SPOnG is unsure.

So am I. If they can tell who will show up I will hire them in my case against the lottery.....