Office the size of Milton Keynes is bonkers 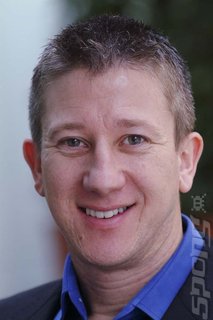 EA's Keith Ramsdale.
The British Board of Film Classification has responded to what it calls "misleading" statements from "two video games publishers" regarding forthcoming public consultation on video game ratings.

In doing so it is also actively challenging the European PEGI rating system.

David Cooke, the head of the BBFC states, "It is absurd to imply that the BBFC could not cope, or would need 'a building the size of Milton Keynes'.

"The BBFC is a larger and better resourced organisation than PEGI, and is well used to gearing up, and to providing fast-track services where appropriate."

This onslaught comes in the same day as The Times reports Dr Tanya Byron stating that, "...her wish to have the BBFC rate all games 'may be changed slightly as a result of the consultation.'"

The 'Milton Keynes' comment refers to statements made by the vice president and general manager of Electronic Arts in the UK, Keith Ramsdale. Again, quoted in The Times Ramsdale said that in order to deal with online games content on top of boxed titles the BBFC would need, "'a building with the size of Milton Keynes' to house all the censors needed to handle the thousands of game components and elements that companies like his hope to sell.

"The games industry has said that the proposed system could collapse because the BBFC could not cope."

Tanya Byron has also challenged the Milton Keynes statement, telling the newspaper (for which she is a columnist) that, "The majority of people buy games in the shops - that's where the market is today".

The full BBFC comment is, "The BBFC?s current average turnaround time for games classifications is eight calendar days. In terms of international comparisons, this is notably quick. There is no reason why the increased role for the BBFC envisaged by Dr Byron should lead to delays.

"BBFC classifications are already cheaper for many games than those under the Pan European Games Information System (PEGI). Because the BBFC currently deals mainly with the most problematic games, BBFC costs will fall if, as Dr Byron recommended, we take on all games, physical and online, rated ?12? and above.

"It is absurd to imply that the BBFC could not cope, or would need ?a building the size of Milton Keynes?. The BBFC is a larger and better resourced organisation than PEGI, and is well used to gearing up, and to providing fast-track services where appropriate.

"We reject any suggestions that the Byron proposals for dealing with online games are not future-proof. Countries such as the USA and Germany already classify such games in a way which reflects national cultural sensibilities.

"The BBFC has made clear that we are prepared to work through PEGI Online, which already recognizes BBFC symbols. But, with online games, the real need is not a pan-national grouping of markets, but rather soundly based and independent initial classification, full information provision, and responsible self-regulation of online game-play backed by properly resourced independent monitoring and complaints mechanisms.

?The games industry really does have nothing to fear from a set of proposals which would provide more robust, and fully independent, decisions, and detailed content advice, for the British public, and especially parents.

"The Byron proposals, far from envisaging the collapse of PEGI, specifically provide for a continuing PEGI presence in UK games classification. They also provide significant opportunities to reduce duplication of effort and costs. And they would make wider use of a system, the BBFC?s, which British parents recognize, trust and have confidence in."