At least no Manhunt 2 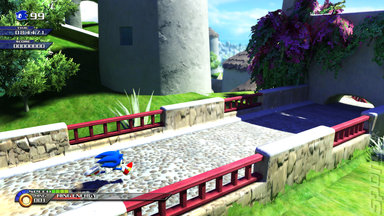 SEGA has said that two of the listings on Nintendo's release schedule, which was sent into the world on Tuesday, are incorrect.

Specifically, listings appeared for Beijing 2008 on the Wii and Sonic Unleashed on the DS. Previously those titles had not been announced for those platforms. Asked whether the games would appear on those platforms, a SEGA representative told SPOnG, "I never say never on anything, but can say with a high degree of certainty that they won't!" With that in mind, don't expect the titles when Nintendo tells you to.

Of the other SEGA titles that appeared on Nintendo's schedule - which include Sambe De Amigo and Sonic Unleashed for the Wii - SPOnG was told, "The other listings are indeed correct."

SEGA is not the only company to have refuted listings included in the line-up. A Rockstar rep confirmed to SPOnG, "We have no confirmed release date for Manhunt 2 in Europe." The Nintendo list had the controversial release of Manhunt 2 pegged for August on the Wii.