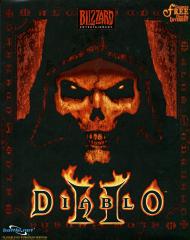 The rumour mill is grinding away ahead of this weekend's 2008 Worldwide Invitational event from Blizzard, with reports suggesting that Diablo III will be announced.

The latest tidbit comes from Diabloii.net, which claims, "we now have confirmation from inside sources to say that Diablo III WILL be announced on Saturday at WWI Paris 2008." The "inside sources", of course, were not named. Still, SPOnG doesn't imagine a site with 'Diablo' in its name would want to alienate its readership by making stuff up about the very series they head to the site to read about.

It has been confirmed that there will be an announcement of a new title from Blizzard at this weekend's event. At a question and answer session at GDC Paris this week Blizzard's VP of design, Rob Pardo, said, "So, you want me to announce the game before our announcement. No offence, but I think there's like 300 people here, and I'll be ripped apart by 8,000 people there if I pre-announce it - but it's going to be really exciting. I think everybody here will be really excited about the announcement."

Additionally, teaser images have been appearing on Blizzard's official website, with one of those that appeared supposedly a showing a Hel Rune from Diablo II when scrutinised closely. That said, images from other Blizzard games have also apparently appeared, so don't read too much into that.

You might also remember that around this time last year there was plenty of speculation that...

...Diablo III would be announced at BlizzCon.

If you want something fresh and blizzardy before the weekend you should probably grab I am Merloc to rock out to in Guitar Hero III.