Atari: We Are Not Sueing Over Alone in the Dark

That is apparently that... 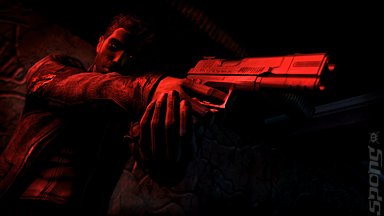 Atari has responded to SPOnG today regarding what it calls "inaccurate and misleading speculation" regarding legal action over reviews of Alone in the Dark. We have been told that the company will not be taking anybody to court over the reviews.

The direct quote from the Atari representative is as follows:

"Atari is not and will not be taking legal action of any kind against anyone relating to the reviews of Alone In The Dark. We are happy to clarify the situation in response to current inaccurate and misleading speculation."

German site, 4players published an editorial last Thursday stating that it had received a fax from Atari's lawyers. The fax stated that the site - by running a review prior to Atari's requested embargo - was "breaking the law and violate the rights of our client."

Jörg Luibl, the editor-in-chief of 4players also stated that Atari had pulled an advertising campaign for Alone in the Dark. However, today the site posted the following (Google translated):

"The dispute between 4Players.de and Atari was settled today.

"In a personal conversation between the two parties, Atari Germany's accusations against 4Players.de in all respects withdrawn.

"In addition, the legal action against 4Players.de.

"Thus, the differences in the case of Alone in the Dark overcome by mutual agreement.

"Atari and 4Players.de looking forward to the future cooperation."

Two issues have been highlighted by this entire issue, however. Firstly, the issue of lawyers faxing out what looks very much like heavy-handed threats (but not threatening actual legal action). Secondly, the issue of embargoes on video game reviews.

In this case, Issue One is probably more down to over-eager lawyers 'putting the frightners on' as it were in order to enforce the corporate line. It's not good and the legal eagle in question should either be taken to an 'Understanding the media' course or be taken to the car park and 'convinced' of the error of his (or her) ways. The publisher's executive who instigated the bulldog (or, in this case German Shepherd) action should also be taught about attracting bad publicity. The idea that small and medium-sized publications will automatically back down in the face of threats is, we hope, a dead idea.

The second issue, that of embargoes and the breaking thereof, however, is more vexed. We have been sent games in advance for review (not, however, Alone in the Dark, which the Evil Editor bought with his own cash). When sent early code, we have abided by the honour principle of embargoes. In truth, that is all an embargo is. It has no legal basis.

Prepare for the SPOnG review of Alone in the Dark today.