What short memories we all have... 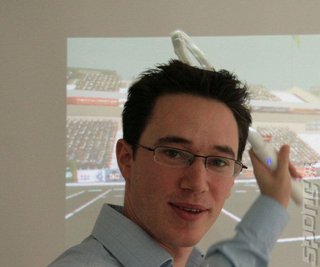 Watch the linked video and remember this face?
Goodness knows how much furore has been generated about the 'PlayStation 3 Wii-like controller that breaks into two pieces and lets you motion sense!' - but we've asked analysts and they tell us that 33.34% of rumours reported in the last two days were based on that.

Well, we remember October 2006 when lots of people were talking about In2Games Fusion motion sensing. Back then, we were told that, "this ?unique wireless motion sensor system? ? codenamed Fusion ? is going to allow publishers to develop true cross-platform titles incorporating full motion-sensing control."

You may even recall a video that from the time... if you don't remember it, it showed In2Games Elliott Myers breaking a PS2 (or maybe 3) controller into to pieces and using it for... motion control (even throwing it like a grenade!)

But just because the idea is old doesn't mean the device won't be coming to a PlayStation 3 (or 2 for that matter) near you sometime in the future. The video is below via GameTrailers, although it originated at CVG in October 2006.