Plus: a bold new art style for 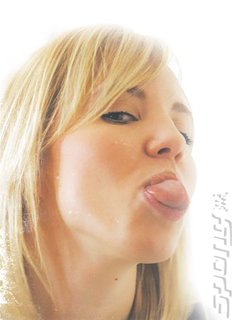 Zoe? She's on Zoe Mode's website, anyway
All Images (3) »
UK developer, Zoë Mode, which has worked on the SingStar and EyeToy games for Sony, has stepped up and claimed responsibility for development on Rock Revolution, Konami's upcoming drum-centric rhythm game.

Zoë Mode says that the game is being "Developed in close collaboration with Konami". That includes Bemani, which developed DrumMania and Guitar Freaks, released last century (1999), years before Guitar Hero and Rock Band.

Here's what Zoë Mode's studio head, Ed Daly, has to say about how chuffed the developer is - “We are delighted to be working with Konami and the BEMANI team who invented the genre. In addition to introducing a number of genre defining features that will soon be announced, we are also working hard to deliver a drumming experience balanced so that beginners, experts and everyone in between can have a blast rocking out to their favourite tracks”.

Having worked on the aforementioned SingStar franchise, the British developer ticks at least one box in the list of ideal credentials for working on Rock Revolution.

Since Zoë Mode tells us, "Rock Revolution also boasts a stunning contemporary art style that breaks from the rock pastiche seen in competing titles", SPOnG thought we had also better show you these two screens so you can see how the studio's claim stacks up.

Joji 16 Jun 2008 17:32
1/1
I hope there's more to RR than the videos i've seen. Otherwise there will be more sales for Guitar Hero and Rock Band. I'm glad Konami have woken up to the challenge.
Posting of new comments is now locked for this page.